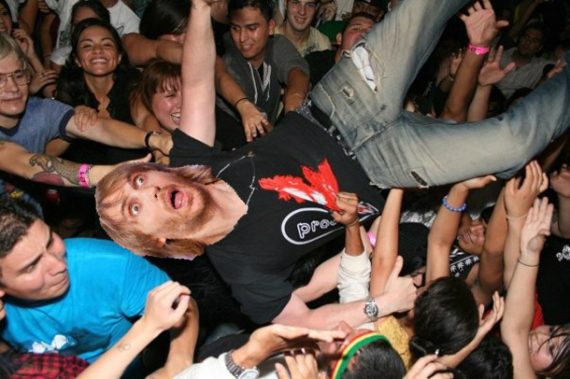 In a quirky attempt to catch it, he lost his balance and fell down 10 ft. to the crowd below.

DAVID GUETTA, one of the most popular DJs in the world fell off stage tonight while trying to CATCH A POKÉMON on his phone at one of Italy’s most renowned Summer festivals.

All this happened as he was balancing himself standing on three CDJs making heart signs and selfies. It was then he suddenly noticed a pokémon he really wanted to have badly.

In a quirky attempt to catch it, he lost his balance and fell down 10 ft. to the crowd below.

David didn’t severely injure himself but did lose his phone. His phone carries the personal information of hundreds of celebrities he has worked with and now he has offered a reward to the person returning his phone just so that he can continue to play Pokémon Go during his DJ sets.

TIESTO TIRED OF MONEY; AGREES TO DO GIGS FOR EXPOSURE ONLY
WUNDERGROUND ACCIDENTALLY PUBLISHES FACT BASED ARTICLE